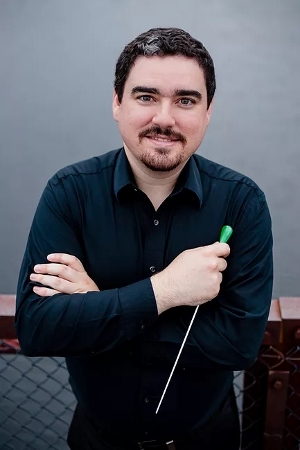 In September 2020, despite the COVID-19 pandemic and not being able to have regular rehearsals, let alone performances, Jesse Wakeman joined the GFCC as Artistic Director. Jesse is a Maine native, born and raised on Penobscot Bay in the blossoming coastal community of Belfast. With talented and active singers as parents, he and his siblings were steeped in the musical world from day one. This fostered a passion for music, and with the help of many great mentors along the way he has established himself as an up-and-coming vocalist, teacher, conductor, and composer in southern Maine.
As a vocalist, Jesse has been hailed for bringing his rich, powerful tone and sensitive interpretations to every performance. He has been a featured soloist with groups across northern New England, including the Portland Symphony Orchestra, OperaMaine, ChoralArt, Amethyst Chamber Ensemble, St. Mary's Schola, and various community groups, such as the White Mountain Musical Arts Bach Festival, and the Lincoln Festival Chorus.
Jesse has been teaching voice since 2009, focusing on healthy practices, sensitive artistry, and strong musicianship. He has worked at the collegiate level, with semi-professional musicians, high school singers, and those who simply wish to expand their experiences later in life. His teachings foster healthy tone production rooted in classical techniques, but can be applied to any and all styles of music, from opera to pop and everything in between. His students have gone on to pursue successful careers in performance, education, and composition.
In addition to performing and teaching, Jesse serves as the Chorus Master for the White Mountain Musical Arts annual Bach Festival, and has worked as the Assistant Chorus Master for several OperaMaine productions. He currently serves as the music director at the First Parish Congregational Church in Gorham, Maine, where he conducts a talented 35-voice volunteer choir.
Jesse is an active composer, with works for choirs, chamber ensembles, and solo voices and instruments. His compositions have been performed in numerous venues, locally and internationally, including honors festivals and collegiate tours. His full-length musical, Letters at Sea, recently debuted and was received with much acclaim by audiences.
Jesse currently teaches choir and piano at Kennebunk High School in Kennebunk, ME. He holds a Master's degree in choral conducting and a Bachelor's in Music Education from the University of Southern Maine, and is an alumnus of the Berklee College of Music. He has had the privilege of working and studying with some of the greatest conductors, teachers, and directors in the country, including Dr. Robert Russell, Dr. Peter Martin, and Dr. Robert Lehmann. 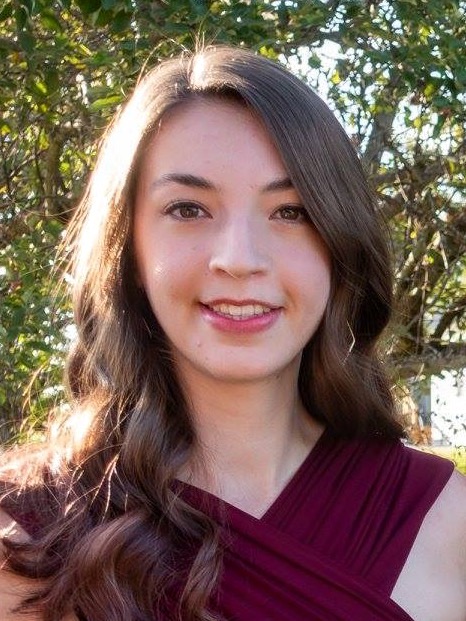 In the fall of 2014, we welcomed Kellie Moody as the accompanist for Greater Freeport Community Chorus. Kellie is a Maine native and resident of Standish. She is a graduate of the University of Southern Maine, where she earned a Bachelor of Arts in Music, studying piano with Laura Kargul and voice with Judith James. She also studied with Ed Reichert, learning to music direct shows and conduct pit orchestras from the keyboard. She has since worked closely with USM, accompanying auditions, degree recitals, ensembles, juries, and music directing for the Musical Theatre program. She has played countless college, high school, and community shows and played in the pit at Arundel Barn Playhouse and Maine State Music Theater. She is an active musician throughout the state, working with high school ensembles, district and state festivals, competitions, and summer camps. She serves as pianist/praise team vocalist at Mountainside Community Church in Falmouth. In addition to GFCC, she accompanies ChoralArt, Southern Maine Music Academy, Southern Maine Choral Music Academy, and Una Voce Chamber Choir. When she’s not playing piano, she’s usually hanging out with her beloved dog, Winston.